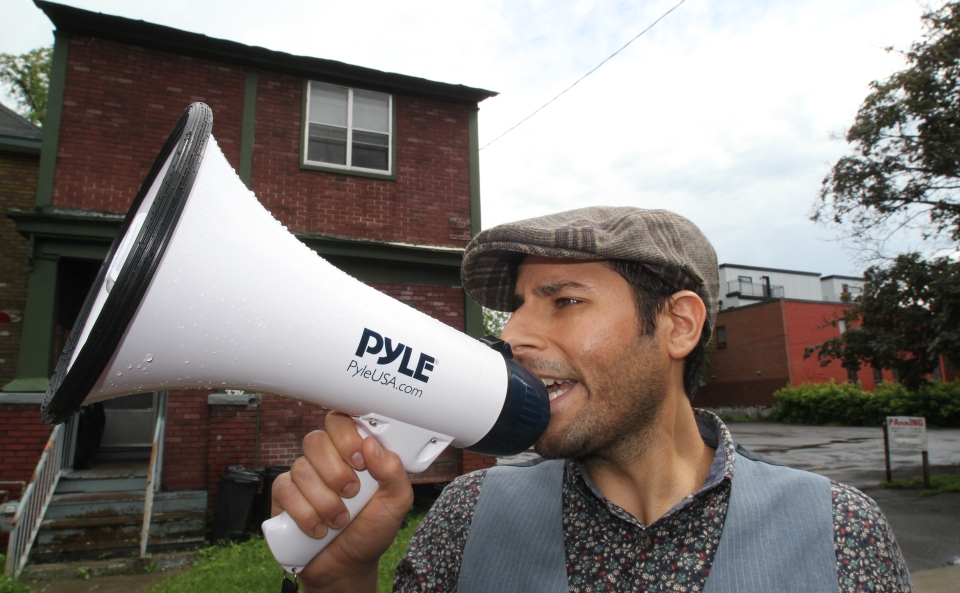 Responding to the failures that he experienced as a recipient of institutional disability support services, Carmen Papalia outlined the terms of a relational model for accessibility that posed a departure from the policy-based paradigm that guides “best practices” at institutions aiming to serve the public. He then set out on a movement building campaign across Canada, the US, UK, and EU in an effort to introduce the framework and set a new precedent for criticality in the area of accessibility.

Consisting of five tenets that describe an approach to offering support in the midst of an oppressive system, Open Access challenges the conventions of institutionalized support by encouraging participants to find trust, share accountability, and organize for accessibility from the grassroots. When applied in the context of an institution, the framework operates as an antipolicy that problematizes accessibility and public engagement initiatives in an effort to disrupt the ongoing effects of ableism and its intersections with other forms of oppression; establishing a space for considerations of agency and power across social, cultural, and political boundaries.

Since its introduction in 2015 as Papalia’s personal position statement, the framework has found use as a private agreement for support, a visibility campaign for social accessibility, an alternative pedagogy, and a methodology for assessing the conditions of institutional access and publicness. It has been shown in exhibitions and as part of programming at the Tate Liverpool, the Harvard Art Museums, the Brooklyn Museum, The 8th Floor Gallery in New York, the Ottawa Art Gallery, the MacKenzie Art Gallery in Regina, and Gallery Gachet in Vancouver, among others.