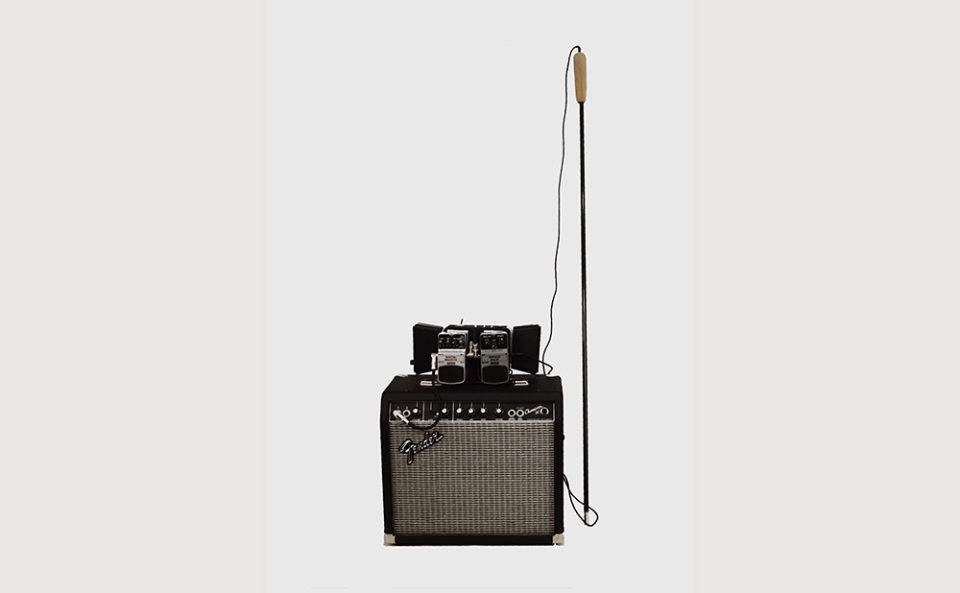 A critical design object produced by students in Sara Hendren’s “Investigating Normal” Adaptive and Assistive Technologies Lab at Olin College of Engineering, Loud Cane 1.0 is one in a series of alternative detection canes that Papalia has produced since 2007. Informed by the “design for one” concept, the development process included non-visual walks in and around the Olin campus and sessions in which Papalia was interviewed about his hopes for the device and his perspective on the institutional white cane. A contact mic built into the cane’s “feeler” translates texture into sound and can be transmitted through a speaker, amp, or the cane’s purpose-built modulation unit; a multifunctional device made from electric guitar effects pedals and components from other audio-based consumer products. 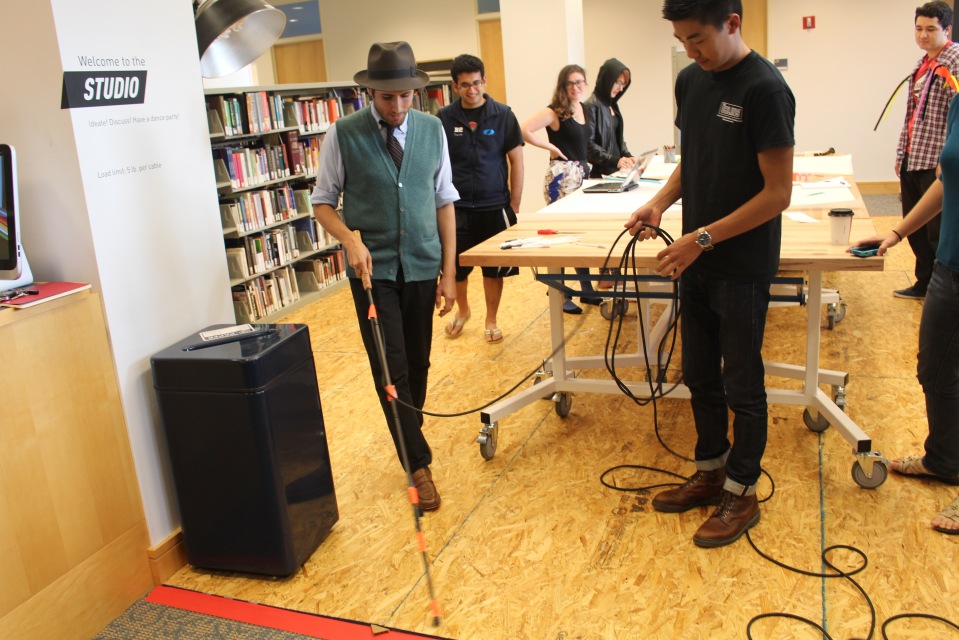